E-beam technology has advanced significantly throughout the years.

If you are new to e-beam technology, this article will help provide you with all the information that you need to understand everything that you need to know about e-beam evaporation, application, and methodologies.

Ebeam evaporation is a process that is similar to thermal evaporation because of its heating capabilities. In thermal evaporation, the source material is heated above its boiling or sublimation temperature and is evaporated to form a thin film on the surface that is scattered with evaporated atoms. This method is also similar in that its’ pore ability covers steps, making it ideal for lift-off processes. Another noticeable advantage of this is that is can add a large amount of energy into the source material. This will yield a higher density film with an increased adhesion to the substrate. Now, because the electron beam can only heat the source material and not the entire crucible, a lower degree of contamination from the crucible will be present. This is highly advantageous for ebeam users at the substrate will have a higher quality output.

Now, because PVD thermal evaporation and ebeam evaporation are so similar, many people can not differentiate the quality output from either one, resulting in a roll of the dice. But, it’s important that you remember that although they are similar in styles, they are also ideal for different processes. For example, e-beam evaporation works best when working within the circuitry and wafering industry.

Throughout the course of oligonucleotide history, major improvements and discoveries have been made in molecular biology that have allowed antisense therapy to thrive. This has allowed researchers to thrive in understanding diseases at the molecular level, which has essentially facilitated the development of new drugs based on a rational design. This has opened up thousands of possibilities and is only the foundation of what is yet to come. 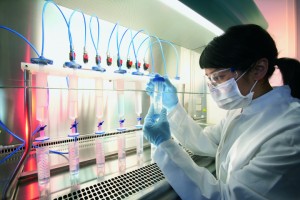 Antisense therapy is the application of rational design based on the concept of oligonucleotide chemistry. Zamenick and Stephenson were the first to illustrate this idea and present it to the world when they demonstrated that oligonucleotides could inhibit the replication of the Rous sarcoma in the body’s cellular system. Because of this principle, it allowed researchers to approach antisense in a simple way: inhibit the expression of a targeted gene at the RNA level and attaining complimentary oligonucleotides will follow. These are what are called antisense oligonucleotides, which block the expression of the protein that is encoded by the target RNA or synthetic DNA. If the inhibited proteins are the ones related to disease, then those oligonucleotides become a new class of drugs.

With the combination of both RNA and DNA synthesis in the cellular body, there are several reactions that occur that allow scientists to gain insightful data on to how the antisense oligonucleotide can overall affect a disease. This continues to be researched as antisense therapy continues to make a mark in the medical field, with impending breakthroughs just waiting to occur.

To understand the process of RNA synthesis and splicing, there must be an introduction on the major factors that play a large role in the entire process.

The process of RNA synthesis, or otherwise known as transcription, is a process that involves transcribing DNA sequence information into RNA information. One of the enzymes that play a significant role is known as the RNA polymerase – which essentially catalyzes the RNA synthesis process.

Similar to the forms of prokaryotes and eukaryotes in terms of regulation, RNA synthesis share the same overall structure. Although there are substantial differences when it comes to polypeptides, it shares a common evolutionary origin, which is quite peculiar in that the complex regulation of the RNA synthesis looks to be derived from both prokaryotes and eukaryotes.

Additionally, the oligonucleotide plays a role within the RNA synthesis process as well for medical and research purposes. A modified oligo that undergoes RNA synthesis can be used to treat viruses that have threatened society through its dangerous replicating abilities.

The genomes of the human body are affected by RNA splicing. Consider this, 15% of genetics diseases are caused by various mutations that affect the overall splicing of RNA. Additionally, these same RNA units can be spliced in a different manner in a variety of localized cell types, and even at random stages of development as well. It’s important to note this because it proves that one gene can encode more than one certain type of mRNA and protein, which will provide researchers more information on the expansion of the human genome system.

The Midland Certified Reagent Company can provide you with the tools and units for oligo synthesis, RNA synthesis, DNA synthesis, and more. Visit them online to view their services.