A question that has been asked about Twitter over the years is whether it is a technology or media company. The answer, in not being so simple, is simply a variation of both – according to Dick Costolo, CEO of Twitter. 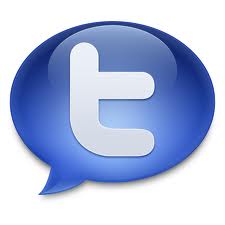 He explains further, in saying, “I think of us as a technology company because I think the future of the company is in building on an extensible platform that allows third-party developers and companies to add value to Twitter in a way that is accretive to Twitter and is accretive to our users. I don’t need to be or want to be in the content business.”

To support his statement, he also mentioned that is not in the content business because instead of having reporters or a newsroom, almost half of Twitter’s employees [1300 in number] are engineers who are working on building the technology around which Twitter runs on while also continuously creating new features for its users.

In fact, he also wishes to encourage companies and developers to build products and tools inside the Twitter platform – instead of creating external Twitter apps.

Speaking of new features, Twitter as a whole, is also evolving into something different by experimenting with media-like products some of which NASCAR and Olympics-branded pages. Twitter currently also has employees that help V.I.Ts such as athletes, media outlets, politicians and celebrities to use its features well. Thanks to this content available by V.I.Ts, “engagement rates on ads” are also great as opposed to traditional Web ads.

Yet even though Costolo still maintains the fact that Twitter has and always been a communication platform, experts think that these ‘experiments’ being conducted make Twitter more of a media company.