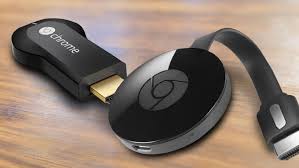 There are several options when it comes to home video players. There is the Apple TV, Fire TV, Fire Stick, Roku, XBox360 etc. Currently one of the most popular is Google’s Chromecast stick. It was the first such device in the category and is probably the most popular. The Fire TV Stick and Roku stick were both launched after. It is popular market that looks to be growing. Here are some of the benefits of using a Chromecast:

One the biggest benefits is that once a video is cast, the device streams it directly from the source. For example, if you select a YouTube video on your smartphone and cast it to the Chromecast, it then takes over and streams the video clip directly. Bypassing your phone entirely and freeing up your phone.

It is the cheapest streaming video device in the market while providing the feature set required by the majority of users. There have also been several deals that made the Chromecast extremely cheap or free. One of the first gave a three months Netflix subscription for free with each Chromecast. Recent deals have seen buy 1 get 1 free or as much as 50% off. Even users who purchased it at no discount received free movies and subscriptions from Google long after.

It is also the simplest device to use. Download the app and set it up. Once you have done so, any app that has Chromecast support will show a cast icon when it is on the same network. You can then send the output directly to the TV just by clicking it and selecting the Chromecast.