Therapeutic device coatings continue to help patients in a variety of ways. 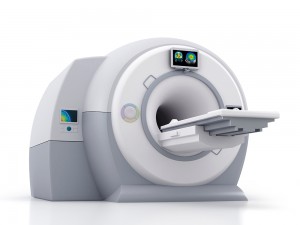 Ever since the introduction of therapeutic medical device coatings, there have been enhanced functionalities of devices that were never possible due to restrictions. Some of these new product categories have improved patient outcomes, increased the duration of therapy, and delivered a combination of beneficial health factors that have overall transcended the medical field.

The beneficial effect of these coatings is determined through the therapeutic agent and the material of choice that is going to be coated. The means by which these coatings are applied to the medical device also play an integral role in the effectiveness of the agent.

Thanks to the sputter deposition system in which these coatings are made possible, the industry has made possible the delivery of a wide range of drugs and the ability to elicit a wide range of tissue responses in patients. For example, a device that is highly prone to infection will benefit from a coating that will deliver antimicrobial drugs to stop foreign cell growth while the device remains relatively undetected as it enters the human body. Another example would be for a device that calls for a coating that provides a surface where cells can easily attach and grow on. By working this in conjunction with medication, it can impact and substantially increase the effects of the treatment, therefore providing a boost in one’s wellness and health.

Denton Vacuum, LLC is your number one destination for all your vacuum metallization needs. Visit them online to see how they can help your next project.

James Sides has received a robotic hand, the first of its kind, as a gift from the Alfred Mann Foundation.

The world of medicine got a dose of futurism as a retired staff sergeant received a gift from the Alfred Mann Foundation. James Sides was a staff sergeant on his second tour of Afghanistan when he suffered a horrible accident. He’d uncovered an IED in the road, and was working to dismantle it when the device exploded. Sides completely lost his right hand, and he went blind in one eye.

That’s where the Alfred Mann Foundation offered to help. The charity plays a central role in developing institutes to further the study of robotics, but it also supports the outreach efforts required to test those products. The Foundation located Sides and offered him the robotic prosthetic. They also enlisted Rich Davis and the team at Rogers & Cowan to help bring awareness to this historic occasion.

They surgically embedded sensors inside of Sides’ forearm. These sensors are designed to interpret the movement of his muscles, so that it can output that data and move the extremities of his hand. He has three ranges of motion, including opening and closing his palm and rotating his wrist. The hand is also pressure sensitive, so it can stop clutching someone else’s hand firmly during a handshake.

Sides can now enjoy some sense of normalcy in his life. He still needs to think about tasks before he does them, but he’s able to get back to living instead of struggling to perform basic functions. Sides is one of seven total test cases, which the Alfred Mann Foundation hopes will provide more data on how these devices work.