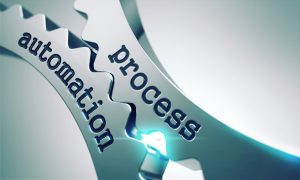 Systems administrators spend a lot of their time attending to periodic tasks. These tasks range from preventative maintenance to simple report generation. None of this is a problem until there is a critical issue that needs attention. The time spent on resolving any issues is the time that cannot be spent attending to these periodic tasks. The simplest and most efficient way is to automate as much of the regular tasks as possible. Here are two options for automating system administration tasks:

In a mostly Windows environment, PowerShell is a powerful scripting language that will allow most common tasks. There are modules that add support for Active Directory, Windows Server Backup, DHCP, DNS, and almost every service provided by Microsoft. The version of PowerShell varies depending on the version of Windows, although upgrades are available for older systems.

Python is a popular programming language among systems administrators. There are courses specific to systems and network automation, which will teach you what you need specifically for those environments. Many systems have built-in API’s (application programming interfaces). You can use these API’s to extract data from the system without any human intervention. This way you can combine data from several systems to produce reports or dashboards.

These are the two most common languages used when it comes to automating systems tasks. It is even possible to combine both. When set on a schedule, it is as simple as setting and forgetting, freeing up time for other more important tasks.