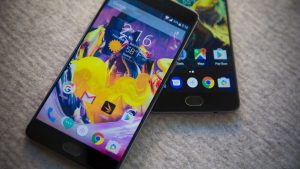 The new flagship iPhones and Samsung Galaxy devices are fast, bring the latest version of the OS and state of the art features. Unfortunately, these top-end phones also carry flagship level prices. For the majority of people, these phones are too expensive and do not justify the cost. The good news is that thanks to Android, there are phones that are both affordable and fast. Here is what to look for in a new budget-friendly phone:

Unless you buy a used iPhone, every other phone uses some version of the Qualcomm Snapdragon. The latest version is the 835. The new chip relegates last year’s already fast 820 chip to second tier phones. Both the 820 and the 810 are more than sufficient for most people’s needs.

Memory is one spec where people might have issues with what comes with the phone. The lowest spec phones come with 16GB of built-in storage. Fortunately, most Android phones have SD-Card slots for expansion. SD-Cards are much cheaper than buying phones with more storage.

The camera is the area where the newest phones have the biggest advantage. Mobile camera technology is progressing rapidly, especially on the software side. For the advanced post processing to work, the phone needs the latest processors. However, when the new Google Pixel is released, there should be a price drop of the original model, making one of the best mobile cameras more affordable.

These are the three main areas that should affect your choice of smartphone. There are others like OS updates, but such features are mostly exclusive to top-end phones.