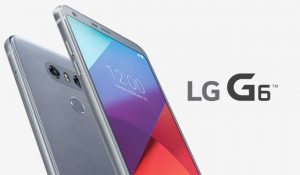 2017 is the third consecutive year that LG reports that its top of the line phone is not selling well. This year LG places the blame on “weaker than expected premium smartphone sales and increase in component costs.” Last year, the G5 was to blame for a “weak quarter” and in 2015 the G4 sales “fell short of expectations.” All attempts by LG to break into the premium smartphone market are failing.

As a company, LG is doing okay and does not rely on smartphone sales. The company has three divisions: Home Entertainment, Home Appliances, and Automotive components that are all doing well. In fact, LG has never made a profit on its smartphones and still hasn’t given up.

LG saw Samsung as its primary competitor and built the G6 to beat the S8 to the market. It was the decision to use the year-old Qualcomm Snapdragon 821 processor, that was the downfall of the G6. By going for an older processor, LG thought it has a three week lead over the S8, however, by the time the phone was available in the US, Samsung was accepting pre-orders for the S8.

Most reviews say that the S8 is just a better-built version of the G6. By trying to beat the S8 to market, LG sacrificed using the latest processor, ending up with a phone that cost as much as the S8 but was a generation behind in CPU.