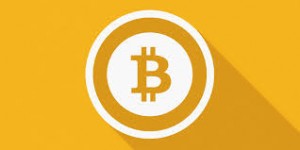 Craig Steven Wright is claiming to be Satoshi Nakamoto, the mysterious founder of Bitcoin. Could we finally be close to figuring out a mystery that security researchers have been trying to find out for years. The Economist is one of the three publications to break the story:

“This mystery may finally be solved: Craig Steven Wright — a 45-year-old Australian computer scientist and inventor who was outed against his will and with dubious evidence as Mr Nakamoto in December last year — now claims he is the real Satoshi. On May 2nd he published a blog post offering what he says is cryptographic proof that he is indeed the creator of bitcoin.”

Regardless of the initial evidence, there is still  uncertainty:

“Still, questions remain. Mr Wright does not want to make public the proof for block 1, arguing that block 9 contains the only bitcoin address that is clearly linked to Mr Nakamoto (because he sent money to Hal Finney). Repeating the procedure for other blocks, he says, would not add more certainty. He also says he can’t send any bitcoin because they are now owned by a trust. And he rejected the idea of having The Economist send him another text to sign as proof that he actually possesses these private keys, rather than simply being the first to publish a proof which was generated at some point in the past by somebody else. Either people believe him now — or they don’t, he says. “I’m not going to keep jumping through hoops.”

Such statements will feed doubts.

The issue here is that Wright is refusing to sign another block of text provided by the Economist when it would clearly remove any doubt. With many security researchers about to weigh in, there should be something definitive in the next few weeks.