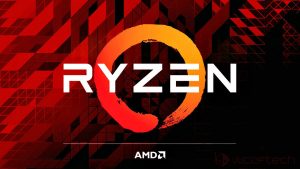 AMD spent the last few years far behind Intel in the performance stakes. Aside from powering low-end laptops, AMD was absent in any other segment of the mobile computing market. Fortunately, AMD’s latest generation Ryzen processors are taking the fight to Intel, with comparable performance to Intel’s eight generation processors at a fraction of the cost. With Ryzen Mobile, AMD now has a processor that will appear in ultra-thin and performance laptops.

There are only three laptops that will have Ryzen Mobile at launch, and they are the HP Envy x360, the Lenovo IdeaPad 720s and the Acer Swift 3. All other models with the new processor will ship starting 2018.

There is no indication of pricing; however, when we look at the desktop market, we can approximate a similar price curve for the mobile processor. Such a pricing scheme would see a comparable performance at a lower price to laptops with Intel chips.

There are no reviews yet, but the expectation is that there will be comparable processor performance to 8th generation Intel cores. However, the integrated Radeon GPU will be far superior to any Intel mobile graphics offering.

The starting slate for Ryzen Mobile will sport four cores, with two threads each. The design appears to be intentional in its similarity to Intel’s architecture. The easiest way to compete is to provide a benchmark for comparison. The Radeon Vega will have eight (or ten) compute units, which are the graphical version of processor cores.