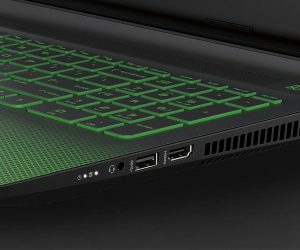 Just like desktop gaming rigs, a gaming laptop can cost an absolute fortune. Fortunately, if you are on a budget, you can still find some great options for gaming laptops. Here are some of the best laptops you can buy under $1,000 that will still keep games like Destiny running along at decent frame rates:

The top pick is the HP Omen 15. Unlike its predecessor, the Omen 15 has a better-looking chassis that will appeal to gamers. Also, it sports a nice clicky keyboard along with a user-replaceable hard drive and RAM. You also get decent and loud speakers with a vibrant display.

Are you looking for the best possible graphics performance at this price range? Nothing will beat the Lenovo Legion Y520. With its Nvidia GTX 1050 Ti GPU, the Legion managed some surprisingly high frame-rates for a laptop of this configuration.

When it is battery life you are after, then look no further than the Dell Inspiron 15 7000 Gaming Laptop. Battery tests show the laptop running solid for as long as seven hours. It is also one of few laptops in this range that is ready for VR.