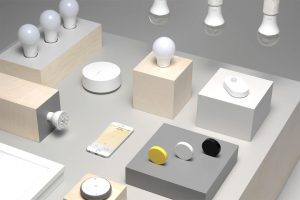 It was only a matter of time before IKEA entered the home automation market. Sales of smart home and connected devices are expected to increase 500% over the next two years. So it is fitting that IKEA just announced the launch of its Tradfri line of home automation devices. Tradfri means “wireless” in Swedish and at present consist of a gateway, lighting products, and sensors.

The system uses the ZigBee link standard for connected lights. If you have heard of that before, it is because it is the same system used by the Phillips Hue bulbs. The good news is that while the gateway device connects to the internet, the bulbs and the gateway from their local network. You will not need an internet connection to control your lights.

Just like all its other products, IKEA is pricing the Tradfri line aggressively. The main bundle, which is a gateway, remote and two lights costs just $85. There is also a motion controlled dimmer switch which looks very interesting. The demo video shows the user dimming the lights by rolling the dimmer around in his hands.

The standalone bulbs will cost around $22, but there are several other bundles which are more cost effective. For example, you can also buy a bulb and remote for $34. You can also pickup up the gateway alone for just $28.

IKEA is also selling LED panels and illuminated doors which are compatible with its storage units. Making a connected that fits easily into other existing products shows how IKEA can leverage its entire portfolio of products to stake a major position in home automation.