Article written by Sci-Tech Expert, everything gadgets and technology

The Google Pixel event is scheduled for the 4th of October and the buzz has been growing about another exciting new feature that is expected to be teased at the event. This project has been referred to by its supposed internal codename Andromeda.

From all the rumors that have been circulating it is expected to be a long-expected announcement of the merger of Google two operating systems: Android and Chrome OS. There is also another movement that involves running Android apps in Chrome OS, this is not that. From what we can tell this involves folding Chrome OS into Android. 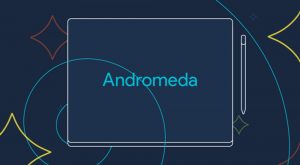 The expectation is that this would give Android a phone/tablet mode and a Desktop/Notebook mode. There have been attempts before by Motorola to run a desktop on an Android phone but it is possible that this was too early and the Desktop OS at the time was a Linux variant.

It is also unclear if this will be part of Android or be based on a separate fork of the OS. It would be an interesting move on the part of Google if it were to run its own fork of Android for the purposes of folding Chrome OS into it.

Despite all the uncertainty, the event on the 4th of October looks like it will be setting the stage for Google to seriously enter the hardware business. It will also involve direct competition with Apple and its fellow Android manufacturer Samsung.