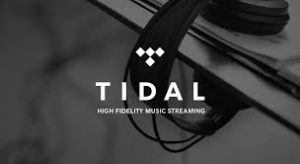 Reports are coming in that Apple is in exploratory talks to acquire Jay-Z’s streaming music service Tidal. From the Associated Press report:

“The talks are ongoing and may not result in a deal, these people said. Apple is exploring the idea of bringing on Tidal to bolster its Apple Music service because of Tidal’s strong ties to popular artists such as Kanye West and Madonna.”

Tidal was setup by Jay-Z just over a year ago:

“Jay Z bought the service in March 2015 for $56 million from Swedish company Aspiro, which had created the brand Tidal. He has given 19 famous artists and bands small stakes in Tidal and promised each millions of dollars worth of marketing, according to people familiar with the matter.”

Apple is battling it out with Spotify for the streaming music market and an acquisition of Tidal could bolster the numbers. Tidal, which has 3 million paid subscribers would add to the 15 million plus subscribers that Apple Music already has. This is still behind Spotify’s 30 million subscribers but Apple Music has been on a growth trajectory.

Apple Music was result of the acquisition of Beats by Dre for $3 billion. Tidal on the other hand is valued at approximately $500 million and could put some of Apple’s overseas cash reserves to good use.