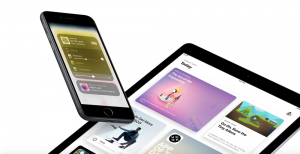 Apple took the wraps off iOS 11 at WWDC and unveiled the biggest changes to the mobile OS targeting the iPad. Here is everything you need to know about the upcoming OS:

The first question is, will it run on my device? Here is a list of supported iDevices:

and the following iPads:

When will it be available?

We don’t know the exact release date but Apple expects to push it out to all supported devices in the fall. This is after at least two private betas and two public betas in the next couple of months. Note that running the beta version is not recommended for everyday use unless you are a developer.

For end users the differences are subtle. The first thing most people will notice is that Siri will sound a lot less robotic and far more natural. Also, Siri can now translate between several languages. Another potential change is follow up questions by Siri after giving you an answer.

We also get some tools for Live Photos, which are the videos that come before and after a photograph. The app will even suggest videos that are great for bounce style looping videos. The most useful new feature is an automatic Do Not Disturb mode when you are driving.