There are a host of companies that are in the document collaboration market – Microsoft, Google, Box, Quip, Evernote among others.

Only now, Dropbox has joined the fray with its public beta release of Paper. Both Engadget and Wired have reviewed this simple but effective cloud-base editor.

Of course, that’s not to say that Paper is simple: when you open a new file, what you will see both a title and body field. Yet it can also preview files that are stored in both Dropbox and Google Drive. 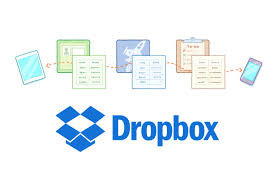 Apart from this, Paper can also be used to create to-do lists while assigning these tasks using the ‘@’ symbol. In fact, coders can also get more out of it given that Paper will format code that is typed into one of these documents too. Obviously, a number collaborators can work on a document simultaneously where live contributions are marked by a color-coded cursor too.

According to experts, this looks very similar to Google Wave. Yet this product failed since Google was unable to explain what the collaboration tool was all about. Of course, Dropbox might be doing things differently with it.

And how this is being done is by placing users on a waiting list where user feedback will be instrumental in making changes to the product they are offering.

Yet it must be pointed out that the features that Dropbox offers doesn’t make it stand out from the competition which unfortunately it needs, in order to get a big win that it desperately needs.

Of course, experts believe that Paper could be that product that Dropbox offers – but it has to offer up something extra.