It was only last year when the company launched the Twitter Publisher Network which offered an interface to publishers to buy campaigns that were running on Twitter apps and websites but also with publishers acquired by MoPub – a company that Twitter acquired. 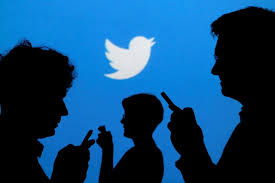 Ameet Ranadive, senior director of revenue products, recently stated that the network had reached 700 million people. Also, this new name is a result of what publishers like about it.

As he puts it so succinctly, “It’s really around audience — their goal is to reach a particular audience and leverage the unique data and signals that Twitter has.”

This approach is no different with Facebook since it has also revamped its advertising beyond the social network itself through the Atlas platform. Of course, providing publishers with a broader reach is important but challenging for Twitter since it has issues with user growth itself.

As for the new Twitter features, publishers don’t have to worry about drive mobile app installs or re-engagements either. Best part: they can also set objectives to to drive video views or tweet engagements. Apart from this, Twitter are introducing new ad formats too.

What this change means for Twitter is that the social network has become appealing to a wider group of advertisers. A couple of brands have tried out the new formats with positive results such as JBL, Macy’s and Samsung Mobile in the United Kingdom.