Apple Music is now available for Android phones. It’s a first – a user-centric app that has been created for Android itself.

No doubt a number of people will begin to examine how Apple builds on Android, the features that have been ported from iOS and what Apple Music truly looks like in the age of smartphones.

In speaking with TechCrunch about Apple Music, Eddie Cue said, “We’ve obviously been really excited about the response we’ve gotten to Apple Music. People love the human curation aspects of it, discovery, radio. But from the moment we got into music, many, many years ago, we’ve always wanted to do things for everyone when it came down to music. Part of that was letting you enjoy your music no matter where you were and what products you were using.” 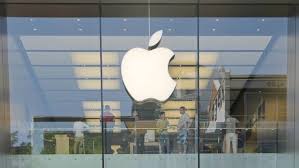 It must be pointed out that this beta version of Apple Music for Android has been launched in every country except for China. For the latter, another beta will be launched separately.

Also, Apple Music is very similar to its iOS version and comes with a 3-month free trial. Also, it requires Android 4.3. It also works with Connect, For You, New, Radio and Beats 1 and My Music.

One cool thing about Apple for Android is that you can access music that you have bought in Apple Music or even iTunes.