Apple has just announced that it has sold 13 million iPhones – the iPhone 6s or iPhone 6s Plus – just over the first weekend after its release.

In comparison, the iPhone 6s and iPhone 6s Plus were sold in China on the first day of its launch both in 2013 and this year. This did not happen in 2014 as it was launched in the same country only two or three weeks after the launch of the 5s or 5s Plus models. 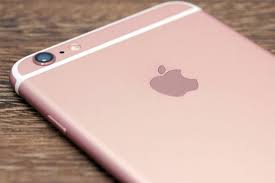 Yet overall, the recent launch sold about 3000 phones per minute or 50 phones per second. These numbers are phenomenal given that Apple hasn’t even provided numbers related to its new iPhone Upgrade Program. For those who don’t know, it is a 24-month payment program that allows you to upgrade to a new iPhone every year.

Apart from this, Apple announced that its latest model will be available in 40 new countries starting October 9. This includes countries such as Taiwan, Spain, Russia, Mexico and Italy. As a whole, Apple will sell these devices in almost 130 countries by the time 2015 comes to a close.

It must be said that the new iPhone has come with a number of improvements. Some of these include a faster chip, better camera, a quicker Touch ID and Touch 3D. In fact, 3D Touch can literally change the way you use your phone.