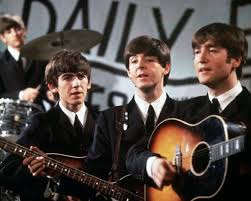 The music streaming will be available a minute after midnight anywhere in the world. This means that streamers in Australia and New Zealand will be the first to be able to stream it.

Another important note is that the catalog will be available on even the free streaming tier of Spotify. Something that other artists have issues with. Taylor Swift for example withheld her album 1989 from Spotify. She would only make it available if and when it was only available in the paid tier.

For those of you who have still not signed up for a streaming service, this might be just the reason to do so.