Google is building a new messaging service using chatbot technology. In this fast growing area, Facebook already has the lead with Facebook M, a chatbot that blends AI and human components to execute tasks for users. 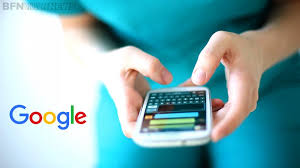 Googles service is rumored to be a collection of chatbots, which are AI software programs which will answer users questions directly. When a user asks a quesiton, a chatbot will search the web or a database of its own and answet the question or present the information requested. Googles method looks to differ from other emerging services by using different chatbots for different categories.

It is not known what this service will be called or when it will be launched but it is known to be under development for the last two years. We do not even know if the service will even see the light of day or will be integrated instead into Google Search or Google Now.

Messaging apps are based on social connections, which is a weakness for Google. Given this and its past performance, its success is not guaranteed.